On Wednesday 27th September 2017, the Agrimax consortium come together for their general assembly meeting for month 12 of the project. The meeting was hosted by Spanish Agrimax partner, the Federation of Agricultural Cooperatives of Catalonia (FCAC) in Lleida, Spain.

The consortium combines the expertise of 29 partners from 11 European countries : 11 of them from academia and technology institutes and 18 industry participants (12 SMEs and 6 large enterprises).

The general assembly meeting was chaired by the Agrimax project coordinator IRIS. Updates from the project partners on the status of the project, including the plans for the design and build of the pilot plants (biorefineries) which are being built in Spain and Italy were heard by the consortium.  There was also opportunity for networking and one to one catch up meetings.

A big thanks to all the consortium members who attended and also to FCAC for hosting the meeting. 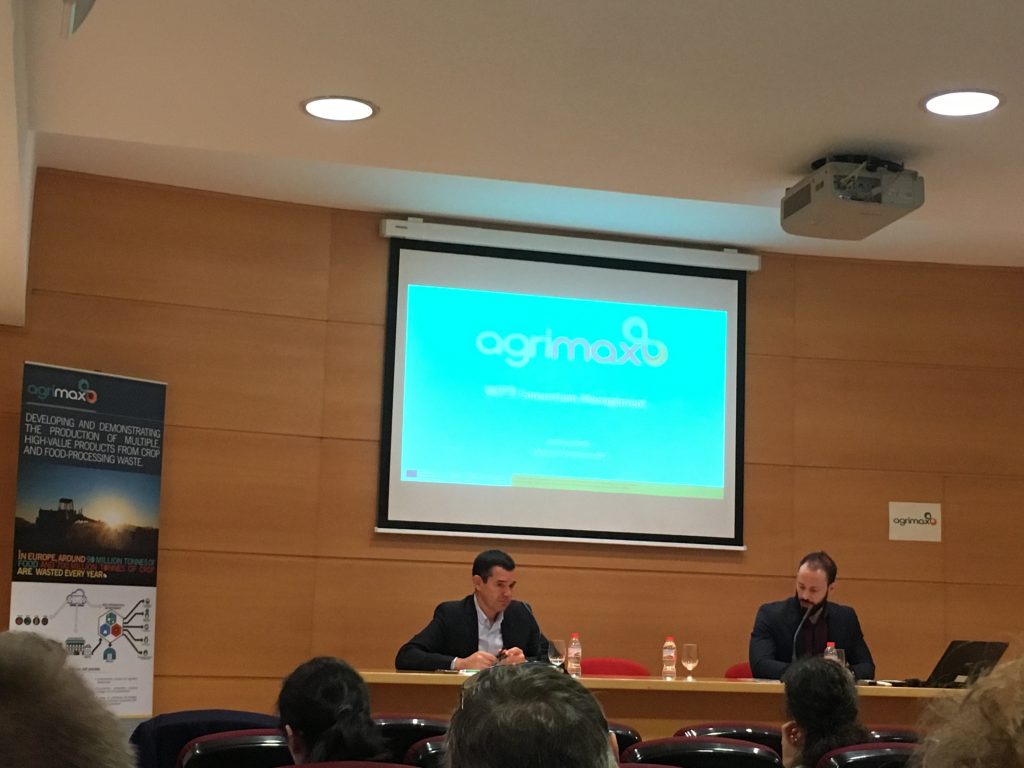